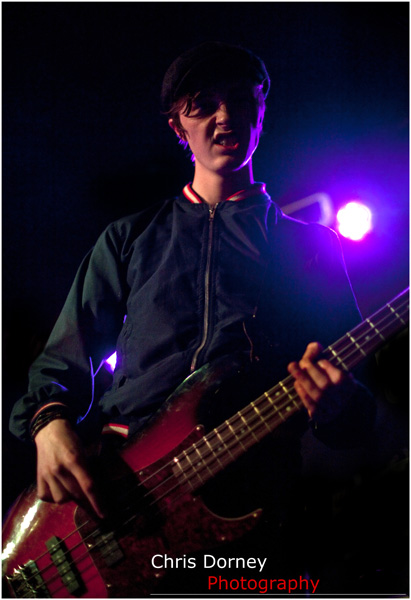 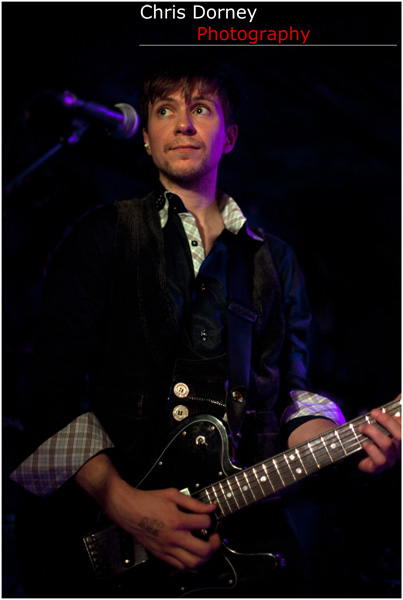 “The man getting his regular short back and sides smiles with intrigue at the figure in the doorway. This Camden hairdresser isn’t used to visits from unfamiliar faces. The bespectacled guest, dressed in a faded denim jacket and rolled shorts, begins to strum a Ukulele, giving his adopted crowd a rendition of his latest song, “I love me”. Even the stubborn buzz of the last few clippers has been silenced within moments. Two minutes later he leaves, followed by looks of affection and bemusement.

African-born electro popper Ozonna may have chosen an unusual way to market himself, but in today’s hyper competitive music industry it pays to be original. Even pop queen Lady Gaga used to have to stand scantily clad on tables in bars, screaming along to Black Sabbath records to get noticed. Visiting some of London’s coiffeurs to play impromptu gigs may not hold the same shock-value, but it’s the perfect place for Ozonna to deliver his message.

And that message is simple; he is trying to empower people through his music. “I want people to feel positive about how they look and feel,” he says. “Playing at the hairdressers, I wanted to tell people that they don’t need to spend lots of money to look beautiful, they are already. It is positive music for the soul.”

Ozonna himself even admits that the message can be seen as clichéd. But it’s the way that message is delivered on his new single, “I love me”, that the London-based artist eliminates any sense of been-here-before. An eclectic mix of influences has inspired the record, which delivers pop hooks underpinned with genuine musical ideology. Think Marina and the Diamonds, Madonna and a hint of Gaga, and you begin to get the idea. But Ozonna’s sound is still wholly individual.

On “I love me”, his unique vocal range is laid bare. It is fragile yet captivating. Combined with the Ukulele and boppy synth the track epitomises what the young musician is all about. It strikes at the core of the vanity of society, why people should ignore the critics and love themselves. It is refreshing to hear a passionate edge to an essentially pop-infused track. This theme is continued in “Perfect day to die”, another creation that reveals a strong sense of musicality in Ozonna’s work, with muted strings and a clean cut piano riff providing a perfect foundation for the heartfelt lyrics. “Stupid self” and “I don’t give a damn” are further rebellious outlets. The latter tinged with the sound of an early Annie Lennox track. ” 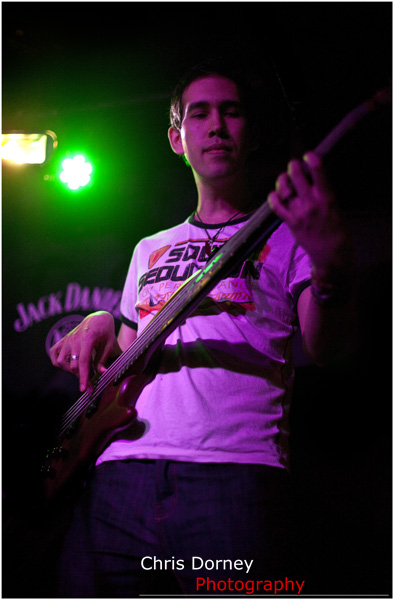 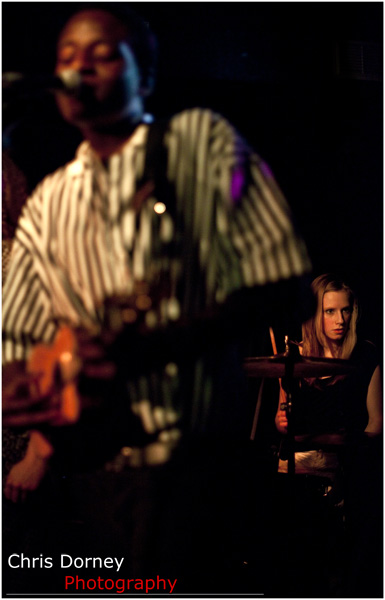 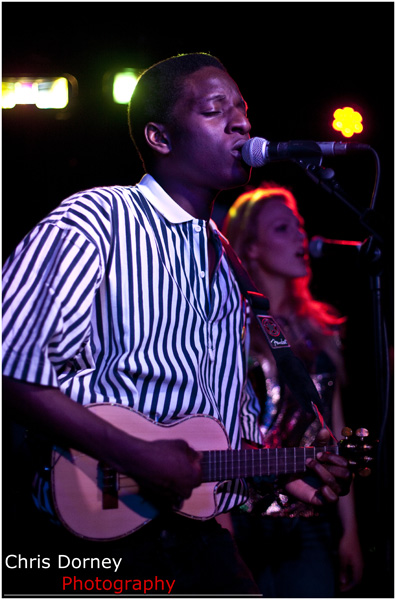 “Monarchy Of Roses are a new group who were formed in North London with a range of influences including Soul, 60s beat, Blues.  Under guidance of singer/songwriter Craig Ingham and now joined by Bassist Alex Montague.  Looking for world domination and exposure!  Welcome to The Kingdom Of North London Soul!” 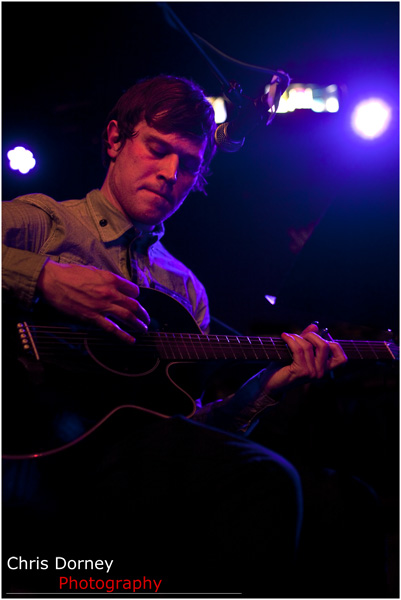 “We move in amber when all the sounds are just one and the music is everything, forever…

Hailing from the dreamy shores of the algarve, singer Lara and guitarist Luis fled to London in search of new frontiers – further polluting an already potent roster of experience evident throughout their highly characterised songwriting. With the addition of talent from South Korea and London, their fertile writing disposition now had a 4-piece vehicle. The increased diversity and disparate influences of the group soon forged what has become the vivid, unique voice of Ambersuit.

After a short, intense period hammering out their unmistakable, gunpowder-packed shows accross London and the South East, the band dove into the studio to record their first 4 singles as a flagship for the already weighty collection of songs and DIY tracks to their name. Soon to embark on their first UK-tour, Ambersuit are primed to nimbly hoist their cavernous bag of earthy, gut-felt songs beyond their London-area testing-ground, and turn a page in their intrepid memoirs.” 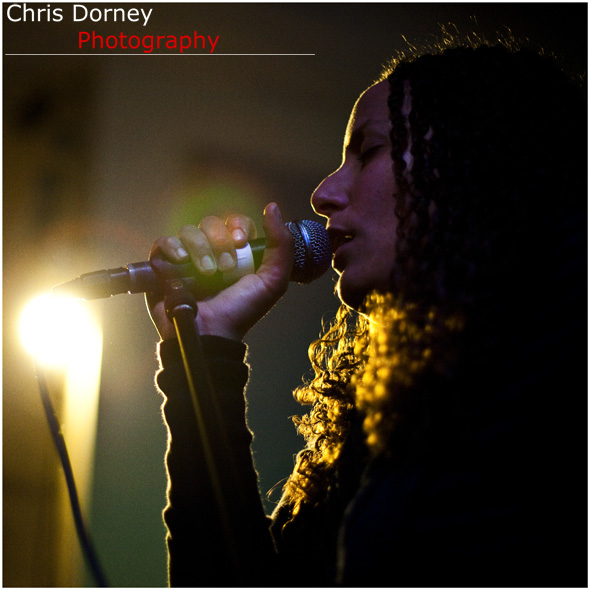 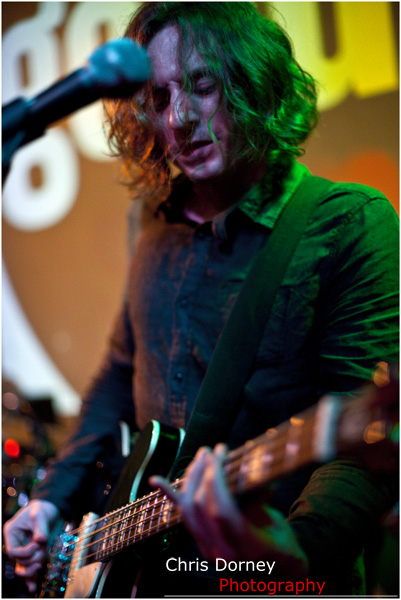 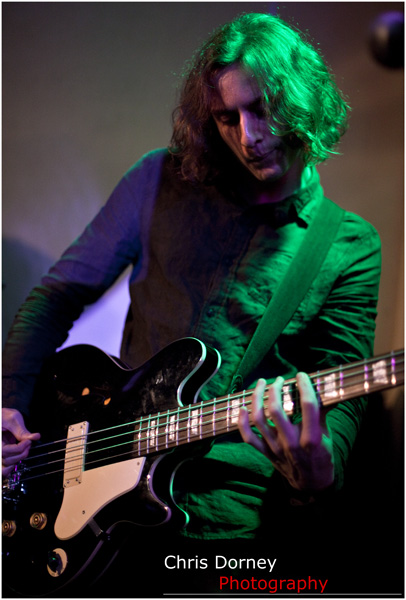 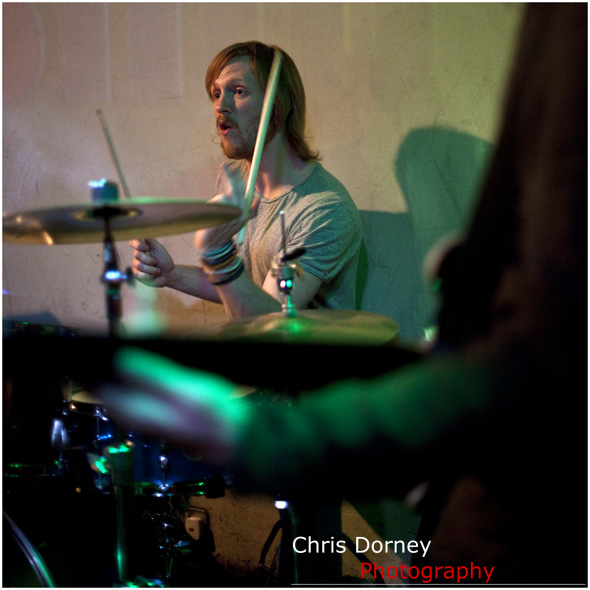 “The K-Shaped Rooms incorporates elements of rock, soul, funk, hard rock, psychedelic, acoustic and ballads into their music. As self taught musicians, the band co-produces, composes, and continue to push their live element.

Formerly under the solo name ‘Komla’ since March 2009, the live set up includes Komla (Vocals/Lead Guitar) Kelpie (Bass) and Sergio ‘El Niño’ Zambrano(Drums).
As a trio, they form The K-Shaped Rooms & have gigged all over London generating interest from independent labels, PR and management, still searching for the “right” one. ” 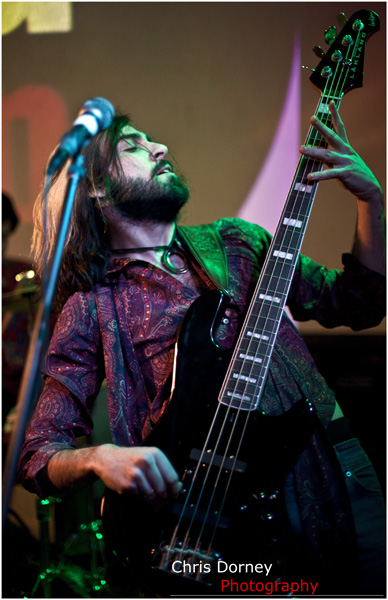 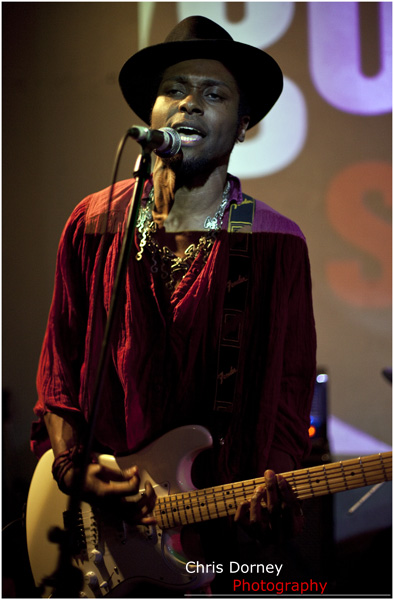 Since acquiring limbs we have have flown far afield as showcasing at SXSW in Texas, as well as playing much closer to home in fields and lesser established premises. For Abel have been featured by BBC Radio’s Steve Lamacq, Vic Galloway, Huw Stephens, Colin Murray, Tom Robinson & Jim Gellatly and have also been digitised on the wireless by many others including XFM and NME Radio. The Skinny, Art Rocker, NME and numerous British tabloids have also thrown their arms towards For Abel in loving fashion.

We Are For Abel

You Are For Abel”. 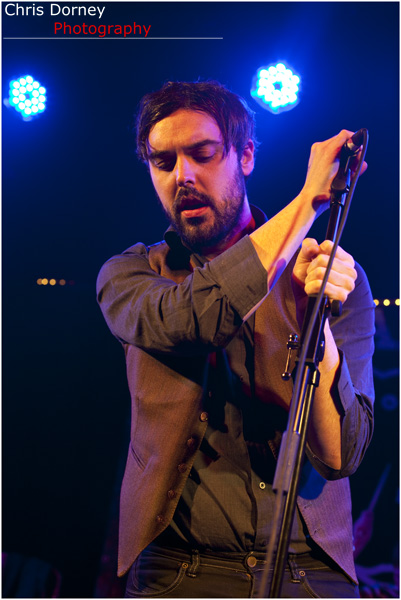 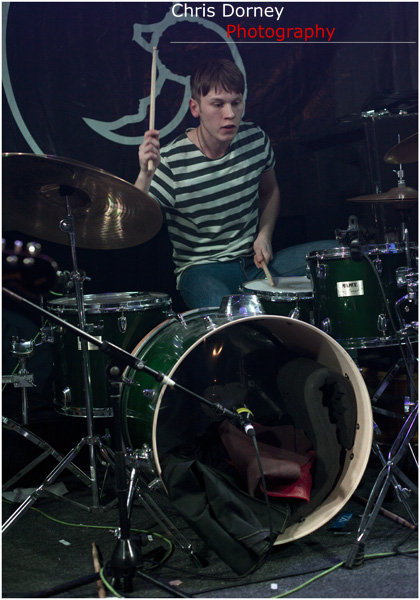 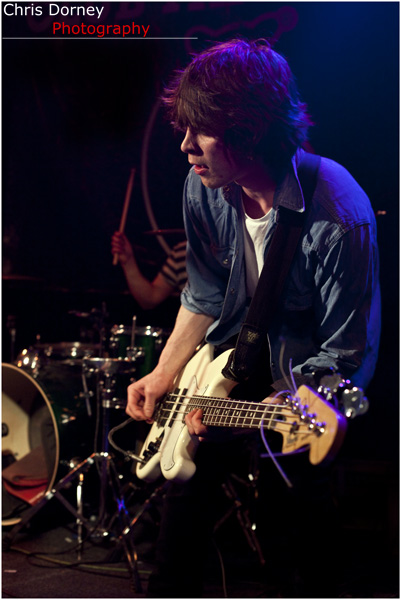 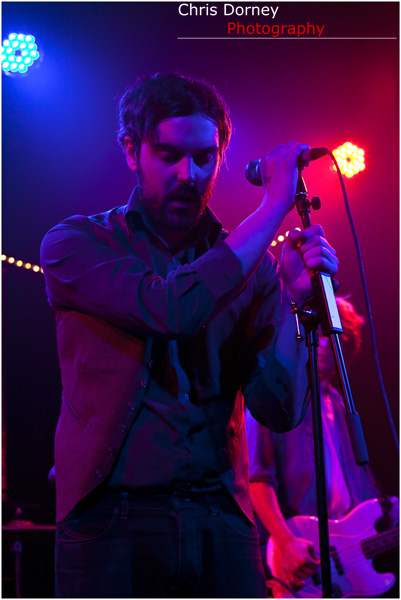 “The B. Goodes were formed with John Brett & Phil Jackson writing and recording in late 2008 and by Summer 2009 were joined by Jay Goodrich & John Randall (formerly of Rosalita), with a shared view to write and perform original music taking influence from the 50’s, 60’s & 70’s. The sound which came out was a mixture of beat, surf, soul and rock ‘n’ roll. The B. Goodes are an energetic and dynamic live act with the emphasis very much on having fun.” 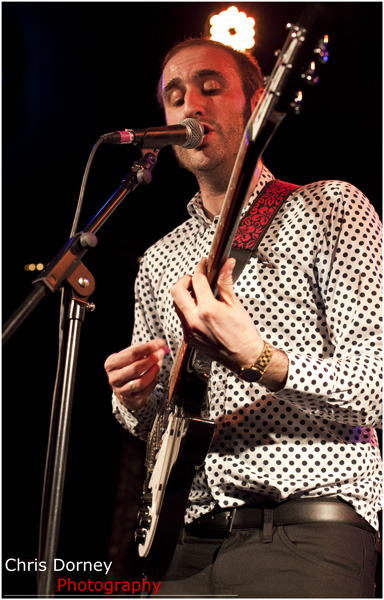 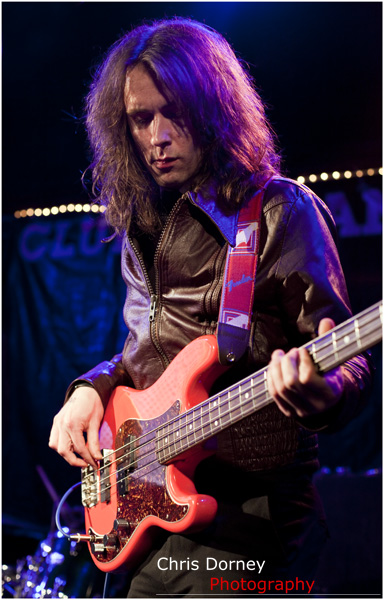 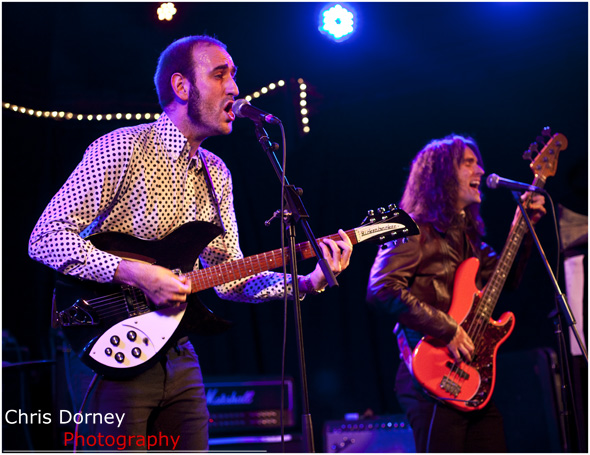 “Neo Ferns is the musical vehicle of London based singer-songwriter James Andrews. Formulated around a love of the acoustic guitar, he began developing a sound from an early age with the intention of taking the genres of folk and pop in a different direction. Although heavily influenced by the greats of those styles, the real focus of the music is to create atmosphere and space, combining a soft and reserved vocal style with thoughtful lyrics, he’s always enjoyed the art of music experimentation, resulting in a haunting but undeniably distinctive form of indie-folk. That’s not to say he isn’t fond of collaboration. The project has seen the work of several musicians contribute to provide a dynamic and complex sound.

The project is attracting lots of attention at the moment, both on the airwaves from radio play, and around the streets of London Town from many successful recent shows, such as supporting Merge signed Wye Oak on their first European Headlining Show, it’s a representation of the years of hard work and determination towards the project. This is what Spoonfed.com said “Ethereal, minimal pop makes for comforting listening. Minor tweaks and seemingly insignificant electro-bleeds can transport an average group to a great one. Neo Ferns have done just that, going that extra mile has evidently paid off in their indie-electro airy squeezes. “. The recently released ‘Five Weeks’ E.P on Octopus Escape signalled a changing sound, with a more standard rock approach. But like every release in the past, the sound has always changed, being the beauty of the project as it evolves. Who knows what’s coming next?” 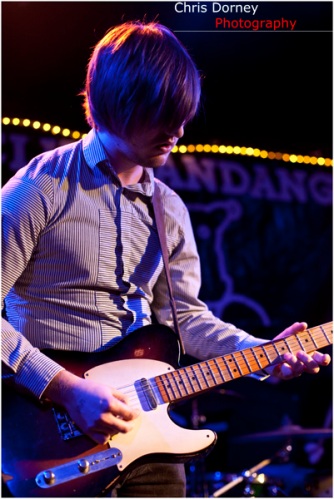 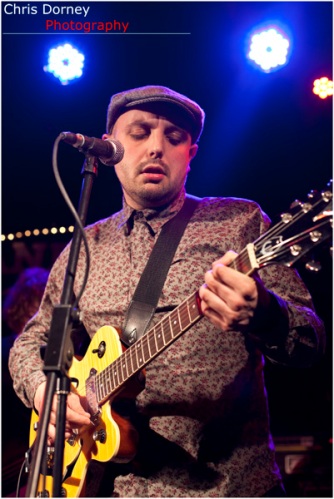 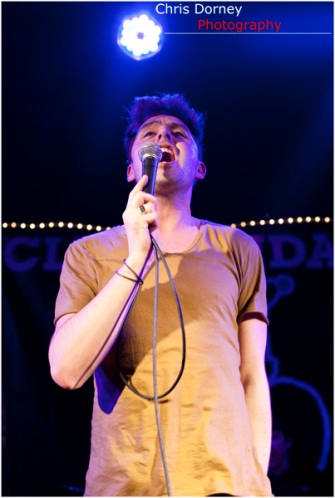 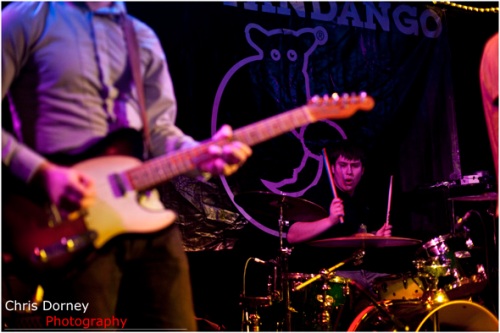